CCPL in the News

The Chesterfield County Public Library is offering a series of programs aimed at giving the community a forum to explore current issues, such as community unrest. The series called Points of View (POV) kicked-off in September at the Meadowdale Library. WRIC-TV anchor Juan Conde facilitated part of the program which focused on everything from race relations, to war and the economy. The November POV will highlight education. Four other programs will follow next year.

For media inquiries, including additional photos, video or interviews, contact (804) 751-2275 or Stephen Hudson via email. 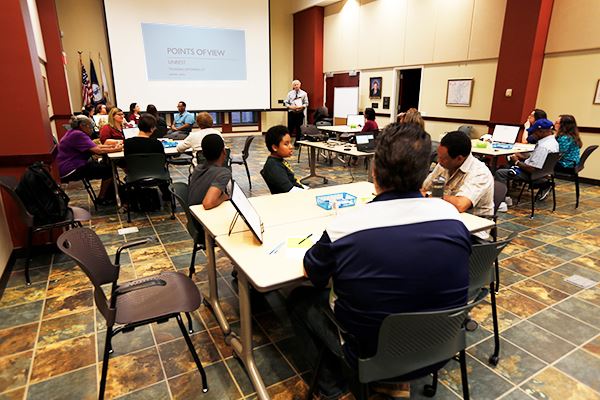